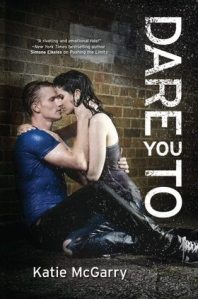 Goodreads:  Ryan lowers his lips to my ear. “Dance with me, Beth.”

“No.” I whisper the reply. I hate him and I hate myself for wanting him to touch me again….

If anyone knew the truth about Beth Risk’s home life, they’d send her mother to jail and seventeen-year-old Beth who knows where. So she protects her mom at all costs. Until the day her uncle swoops in and forces Beth to choose between her mom’s freedom and her own happiness. That’s how Beth finds herself living with an aunt who doesn’t want her and going to a school that doesn’t understand her. At all. Except for the one guy who shouldn’t get her, but does….

Ryan Stone is the town golden boy, a popular baseball star jock-with secrets he can’t tell anyone. Not even the friends he shares everything with, including the constant dares to do crazy things. The craziest? Asking out the Skater girl who couldn’t be less interested in him.

But what begins as a dare becomes an intense attraction neither Ryan nor Beth expected. Suddenly, the boy with the flawless image risks his dreams-and his life-for the girl he loves, and the girl who won’t let anyone get too close is daring herself to want it all…

Ope’s Opinion:  Oh My Goodness … This was an awesome read!  At times I found myself holding my breath, not being able to read fast enough.  I am a slow reader, this is a long book and I read it three days!  I recommend you don’t start this book unless you have time to finish it.

As usual, Katie McGarry wrote deep characters with a lot of depth to their personalities.  Beth frustrated me a few times during this book.  Because of her back ground, she struggles trusting people.  Ryan isn’t what he seems at first.  It was good to see he had his own issues to deal.

My only problem with the book is the language – which I understand was probably a part of their lives, but I thought it was a bit over used.

Rating:  Five Chairs – This book is so good it will be passed on and on and on…. 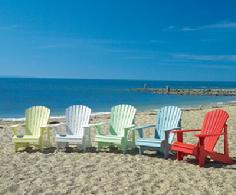