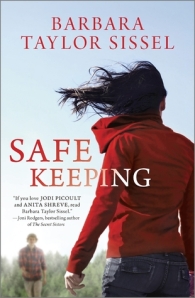 Goodreads:  At the heart of every crime, there’s a family.

My son is a murderer…. So begins this chilling and emotionally charged mystery from highly acclaimed author Barbara Taylor Sissel.

Emily Lebay had always thought of her family as ordinary. Sure, they’ve endured their share of problems, even a time of great trouble ;what family hasn’t? But when a woman’s body turns up in the dense woods near their home, and Emily’s grown son Tucker is accused of murder, Emily is forced to confront the unfathomable, and everything she believed about her life is called into question.

This isn’t the first time Tucker has been targeted by the police; a year ago he was a person of interest when another woman was found dead in the same stretch of woods. Still, neither Emily nor her daughter, Lissa, can reconcile their Tucker with these brutal crimes. Terrified, convinced there’s been a tragic mistake, Emily and Lissa set out to learn the truth about Tucker, once and for all. And while his life hangs in the balance, what they discover proves far more shocking than their darkest fears.

Ope’s Opinion:  This book is a really good read.  It kept me turning the pages.  I wanted to know who was the guilty person.  It is hard to write this review without talking about the ending – which was amazing and unexpected.

This story is about more then who is guilty – it is about family and how each member views the others.  Could you believe someone in your family was guilty of hurting another person?  I think that would be a hard concept to accept. How hard would you fight to prove their innocents?  This book gives you a glimpse inside a family, their history and how they relate to and protect each other.

I would read another Barbara Taylor Sissel book.  She writes in such a fluid manner that I just flew through the pages.

Rating:  Four Chairs – I like this book so much I know several friends to share it with. 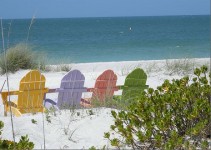