From Ashley at Amazon 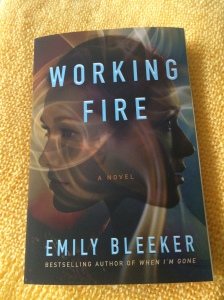 Goodreads:  From the Wall Street Journal bestselling author of When I’m Gone comes a compelling novel of a bond between sisters, tested by tragedy…

Ellie Brown thought she’d finally escaped her stifling hometown of Broadlands, Illinois; med school was supposed to be her ticket out. But when her father has a stroke, she must return home to share his care with her older sister, Amelia, who’s busy with her own family. Working as a paramedic, Ellie’s days are monotonous, driving an ambulance through streets she’d hoped never to see again.

Until a 911 dispatch changes everything. The address: her sister’s house. Rushing to the scene, Ellie discovers that Amelia and her husband, Steve, have been shot in a home invasion. After Amelia is rushed to the hospital, Ellie tries to make sense of the tragedy. But what really happened inside her sister’s house becomes less and less clear. As Amelia hangs on in critical condition, Ellie uncovers dark revelations about her family’s past that challenge her beliefs about those closest to her…and force her to question where her devotions truly lie. 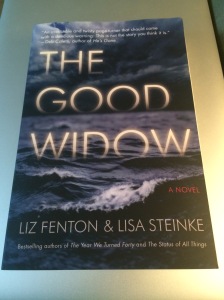 Elementary school teacher Jacqueline “Jacks” Morales’s marriage was far from perfect, but even in its ups and downs it was predictable, familiar. Or at least she thought it was…until two police officers showed up at her door with devastating news. Her husband of eight years, the one who should have been on a business trip to Kansas, had suffered a fatal car accident in Hawaii. And he wasn’t alone.

For Jacks, laying her husband to rest was hard. But it was even harder to think that his final moments belonged to another woman—one who had left behind her own grieving and bewildered fiancé. Nick, just as blindsided by the affair, wants answers. So he suggests that he and Jacks search for the truth together, retracing the doomed lovers’ last days in paradise.

Now, following the twisting path of that fateful road, Jacks is learning that nothing is ever as it seems. Not her marriage. Not her husband. And most certainly not his death…

These look like two good mysteries to curl up and read!
Look for reviews soon.