Goodreads:  In Shaker Heights, a placid, progressive suburb of Cleveland, everything is planned – from the layout of the winding roads, to the colors of the houses, to the successful lives its residents will go on to lead. And no one embodies this spirit more than Elena Richardson, whose guiding principle is playing by the rules.
Enter Mia Warren – an enigmatic artist and single mother – who arrives in this idyllic bubble with her teenaged daughter Pearl, and rents a house from the Richardsons. Soon Mia and Pearl become more than tenants: all four Richardson children are drawn to the mother-daughter pair. But Mia carries with her a mysterious past and a disregard for the status quo that threatens to upend this carefully ordered community.
When old family friends of the Richardsons attempt to adopt a Chinese-American baby, a custody battle erupts that dramatically divides the town–and puts Mia and Elena on opposing sides. Suspicious of Mia and her motives, Elena is determined to uncover the secrets in Mia’s past. But her obsession will come at unexpected and devastating costs. 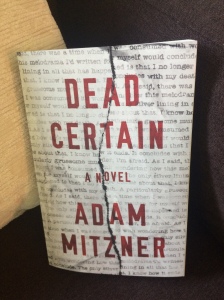 By day, Ella works as a buttoned-up attorney on some of the city’s most grueling cases. By night, she pursues her passion for singing in the darkest clubs of Manhattan.

No one knows her secret, not even Charlotte, the younger sister she practically raised. But it seems she’s not the only one in the family with something to hide. When Charlotte announces she’s sold her first novel, Ella couldn’t be more thrilled…until she gets a call that her sister’s gone missing.

Ella starts investigating with the help of Detective Gabriel Velasquez, an old flame in the NYPD, and what she finds is shocking. If art imitates life, then her sister’s novel may contain details of her real-life affairs. And any one of her lovers could be involved in her disappearance.

Desperate to bring Charlotte home, Ella works through her list of suspects, matching fictitious characters with flesh-and-blood men. But will it be too late to save the sister she only thought she knew?

Thank you Thomas & Mercer for this book.

Everything We Keep is the first of this series.  It was published August 1, 2016.
Everything We Left Behind will be published:  July 4, 2017
Publisher:  Lake Union Publishing

Goodreads:  From the Wall Street Journal bestselling author of Everything We Keep comes the highly anticipated sequel. Told from one man’s two perspectives, Everything We Left Behind effortlessly blends suspense, mystery, and romance in an exploration of loss, resilience, and the compelling need to protect the ones we love at all cost.

Two months before his wedding, financial executive James Donato chased his trade-laundering brother Phil to Mexico, only to be lost at sea and presumed dead. Six and a half years later, he emerges from a dissociative fugue state to find he’s been living in Oaxaca as artist Carlos Dominguez, widower and father of two sons, with his sister-in-law Natalya Hayes, a retired professional surfer, helping to keep his life afloat. But his fiancée, Aimee Tierney, the love of his life, has moved on. She’s married and has a child of her own.

Devastated, James and his sons return to California. But Phil is scheduled for release from prison, and he’s determined to find James, who witnessed something in Mexico that could land Phil back in confinement. Under mounting family pressure, James flees with his sons to Kauai, seeking refuge with Natalya. As James begins to unravel the mystery of his fractured identity, danger is never far behind, and Natalya may be the only person he can trust.

Thank you Ashley for passing this book on to me.  Looks awesome!